US Employees Happy to Reskill and Embrace Automation to Stay Competitive 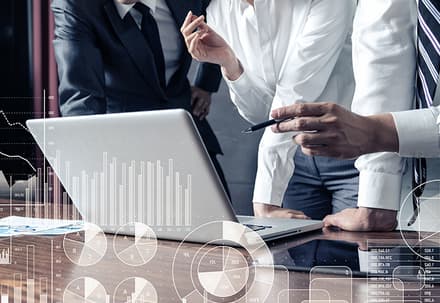 Orlando, FLA – May 22, 2019 —Today, Blue Prism (AIM: PRSM), a leader in Robotic Process Automation (RPA), announced the US findings of its global automation report titled “Automate or Stagnate: The Impact of Intelligent Automation on the Future of Work.” Contrary to popularly held beliefs around automation, the report found that 87 percent of US knowledge workers are comfortable with reskilling in order to work alongside a digital workforce. The report, based on research conducted with nearly 5,000 respondents globally, also revealed that more than three quarters (77 percent) of US respondents have already experienced some of their daily tasks being automated over the course of the last 12 months. Additionally, nearly a third of US respondents (32 percent) don’t believe their businesses can remain competitive in the next five years with a purely human workforce.

Automation’s recognized benefits of time-saving, cost-saving and improved accuracy is a key reason why an incredible 92 percent of US business decision makers plan to extend use cases of automation across their businesses. RPA and Intelligent Automation were identified by US business decision makers as solutions to the productivity problem (90 percent and 85 percent respectively), while both RPA (97 percent) and Intelligent Automation (95 percent) are crucially important in driving digital transformation. As companies across all verticals and industries look to improve operational effectiveness and agility, automation will be a key differentiator when it comes to high-performing organizations.

“This wave of automation and technological disruption places human creativity and ingenuity directly at the center of the value chain, forever changing the way enterprises operate,” says Chris Bradshaw, Blue Prism’s Chief Marketing Officer. “These changes, highlighted in this report, reflect a major shift coming whereby human workers will need to co-exist with a digital workforce to be successful. Through our connected-RPA platform, Blue Prism unlocks human potential while enabling organizations to maintain control and connect innovations together, so individual work adds up to a far more powerful outcome.”

To tap into the potential of automation, companies must consider organizational culture first. Implementing RPA is not something that happens overnight and oftentimes company culture must evolve in line with automation efforts. In fact, 71 percent of US knowledge workers agree that business cultures need to evolve, and 67 percent believe that their employers need to do more to build trust.

Thankfully, business leaders are rising to the challenge, with 84 percent aware that with automation there’s a need to build trust among employees with a digital workforce. Over three-quarters of decision makers (83 percent) feel that they’re now facilitating cultural change, by incorporating the digital workforce into their daily working practices and encouraging human employees to engage with the technology.

According to decision makers (91 percent), the benefits of RPA/Intelligent Automation are well understood. In fact, 83 percent of decision makers agree that their organization has been positively impacted by automation. This sentiment is mirrored in 72 percent of knowledge workers, which is quite a contrast from the dominant public narrative around the downfalls of automation.

Additionally, as automation continues to expand, it will impact the way businesses hire talent. In fact, 80 percent of business decision makers agree their new hires are more prepared to work alongside a digital workforce, and that adopting these technologies is an important factor in attracting and retaining the best talent. This further proves that we are working towards a future in which businesses can grow organically and efficiently by connecting the IT fabric of their entire organization and empowering their workforce to trust and rely on their digital colleagues.

Is Your Intelligence Intelligent Enough to Handle your Digital Transformation?