Automation is the Catalyst for Change 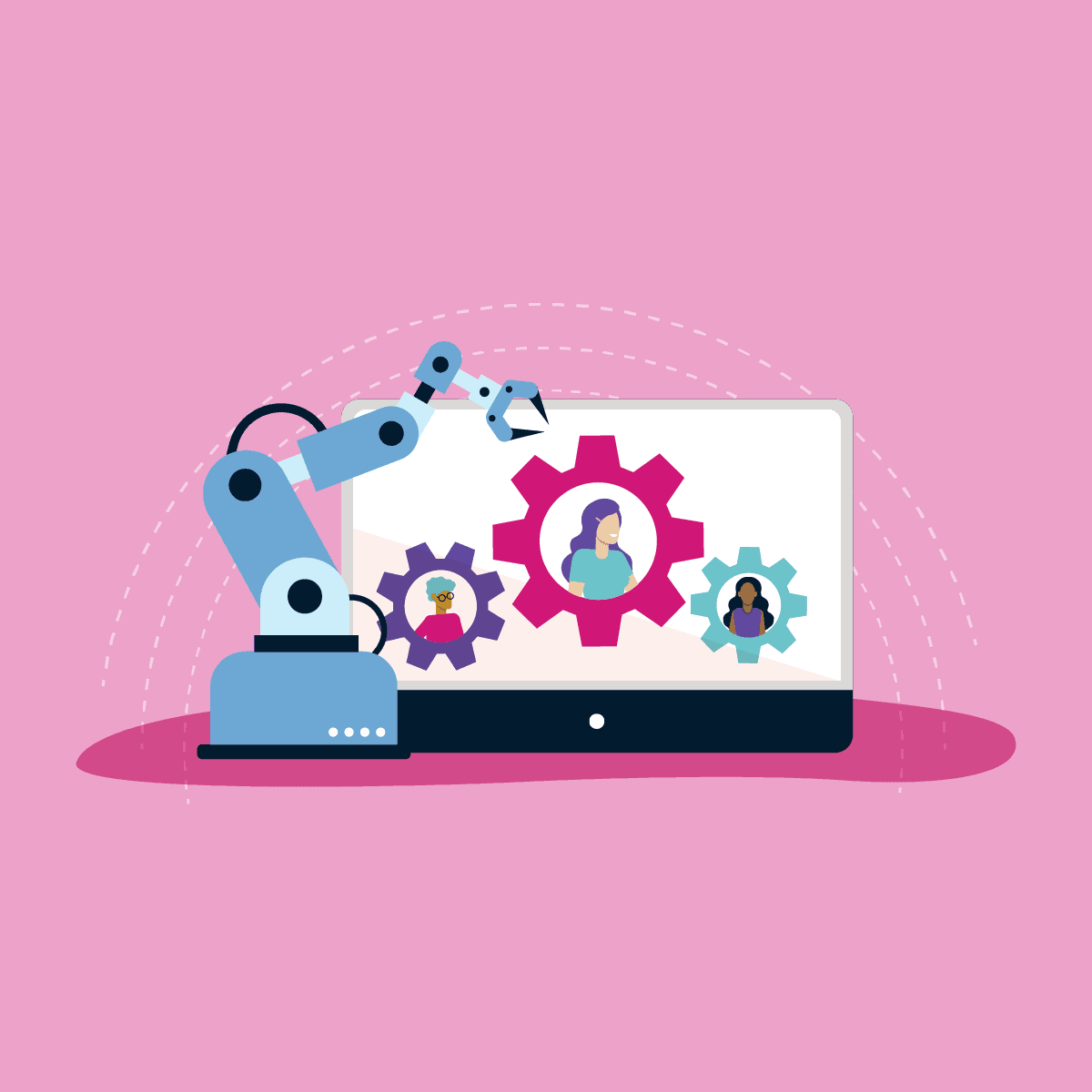 Jack Welch is often hailed as one of the great business leaders of his era. As CEO of General Electric (GE) between 1981 and 2001, he transformed the company from one known for its TVs and lightbulbs into a global leader in financial services, aircraft engines and medical imaging. To revamp GE, he empowered managers and slashed bureaucracy. His focus on creating efficient and effective systems was a sharp break from the management styles of the 1970s with its excess of middle managers and large planning departments. More importantly, embracing change and Six Sigma became corporate values against which every manager in the company was measured.

Welch realized how critical change was to success. He said, “Don’t manage! Lead change before you have to.” Perhaps more prophetically, Welch understood, “If the rate of change on the outside exceeds the rate of change on the inside, the end is near.” Today’s challenge is that business leaders face an unprecedented and exponential pace of change that would’ve tested even the heralded Jack Welch. Being in front of change will determine the winners and losers of this era.

The beginnings — the quality revolution

Dr. W. Edwards Deming’s framework of statistical process control, what became Total Quality Management (TQM), was born in the 1960s. It was eventually shaped as Six Sigma. The first to embrace TQM were Japanese manufacturing firms seeking to change what it meant to be “Made in Japan.” This transformation was quite dramatic for Toyota. Leaders created the “Toyota Way,” and Toyota is still a global leader in quality today.

So began the quality revolution of the 1980s led by Welch’s GE. Aside from the work of statistical process control, leading companies made quality everyone’s job and installed quality into the culture as a core value. It became a “way of doing things” rather than a “thing you do.”

In just five years, GE delivered a massive $12 billion per year of savings. This was not a one-time boost but a new level of performance that investors and shareholders could see and take to the bank.

Quality is now embedded into all large organizations, principally because those companies that didn’t embrace quality don’t exist anymore. Quality was a competitive differentiator, and as more companies embraced it and delivered the benefits to customers and shareholders, it became a matter of survival. These radical new ideas championed in the 1980s for minimizing manufacturing defects became a herald of a company’s ability to lead change. These ideas are now core constructs of enterprise architecture and are used to build a performance business.

From foraging to harvesting, handmade to factory-made, generalist to specialist, manual to electronic — change is changing. The nature of labor has evolved on an exponential scale for a few hundred years. Like all exponentials, things get interesting on the right side of the curve, and that’s where we are.

In recent times, labor has experienced a dramatic transformation, often referred to as globalization, that began with India and China. China was the dominant driver in the globalization of manufacturing, and India led the way in the services sectors. This change was brought about by a set of political, economic and educational factors that created competent production capacity, along with the availability of network access. In the 1980s, again led by pioneer GE, offshoring work was proven to succeed and produce great value. The 1990s were punctuated by a massive wave of offshoring and outsourcing led by banking and airlines sending back-office work to India. Soon after, IT companies followed. It’s worth noting that initially, offshoring was viewed with skepticism, and failures were massively publicized. But this quickly changed. To remain competitive, it was outsource or die. Today, more than 80% of large U.S. companies declare that outsourcing is a part of their business. Business Process Outsourcing (BPO) has become a “way of doing business” rather than a thing companies do.

Initially, the primary objective of offshoring and outsourcing was labor savings through arbitrage. Over time, this has changed. Now, BPO is about access to global talent and forging critical partnerships for core capabilities. Yes, the economics of labor arbitrage remains attractive (although global labor rate equalization is happening), but for most companies, outsourcing is a critical capability and central to business architecture.

Labor pressures are becoming even more critical as we’re faced with the great resignation, a global pandemic and declining birth rates (in most of the developed world). Business is challenged to find talent to fill critical roles. In the U.S. there are currently more open roles than workers, the labor market is weighted toward workers and they’re demanding more. They don’t want to do the same work they did before — they want more from their work.

It’s a huge challenge for today’s enterprises. They need to offer meaningful work that brings in workers, without asking them to perform the low-level administrative work that they increasingly won’t tolerate. A shrinking talent pool and new expectations are forcing companies to rethink how they attract and retain talent.

The first order of business is to keep the talent you have. The good news is that there’s a new option that can help enterprises transform the way that labor is matched to the work to be done. Using digital labor at scale (> 10% of total labor) can offload lower-level work and create capacity in your existing talent pool, while also making your roles more attractive as you go to market for new talent.

In recent years, the core capability of digital workers has multiplied exponentially. This is largely thanks to the law of accelerating returns. Combining multiple capabilities has enhanced digital labor to where it can take work that includes unstructured data.

The original robotic process automation (RPA) bots of 10+ years ago — or digital workers as we prefer to call them — could carry out only the most basic repetitive automation tasks. Although this was useful, their use was limited to tactical line-of-business solutions in most organizations. Different point solutions were developed for HR, accounts payable, legal, etc. However, in recent years, the capabilities of digital workers have grown and become augmented thanks to wider advances in many areas including big data analytics and artificial intelligence (AI).

Digital workers today have things like machine vision; optical- and intelligent-character recognition respectively (OCR/ICR) and Intelligent Document Processing (IDP), which allow digital workers to read and route documents. With natural language processing (NLP), digital workers can now understand and process documents. This is not some fundamental discovery that is making headlines. Each of these technologies has been evolving rapidly. This is a direct result of recombinant innovation. These are not additive capabilities — 1+1+1 no longer equals three, it is 7 or even 15. The power of digital workers has multiplied.

Automation is the catalyst for change in the Enterprise

As GE’s Jack Welch noted, enterprises must change before they need to. But change has always been difficult, especially for large organizations. Cultural acceptance is difficult and, to be meaningful, it must come from the top. It’s also clear that organizations that can embrace or even lead change are usually in the winners' circle. This was seen with quality, offshoring and enterprise resource planning (ERP.)

So, what’s the answer? What can catalyze change within an organization?

The solution is digital onshoring or as I like to call it “no-shoring.” Creating a unified workforce that combines your digital workers with your human employees. Increased efficiency combined with high-quality work is the desired outcome, and automation is the catalyst that enables this to happen.

While automation received some bad press, and there was predictable dystopian rhetoric in its early days, this is not the first time we’ve seen this pattern. Automation is delivering for business, and even the belief that your associates aren’t interested in automation is being dispelled. According to Bain, 86% of employees now express a desire to use automation to remove digital drudgery. This is very different from the previous narrative fearing that “robots will take my job.” According to data from Smartsheet.

Seventy-five percent of workers are expecting automation to do part of their jobs. People want automation.

The potential for this new kind of labor is transformational. The enterprise of the future will consider digital labor an integral part of the workforce, partnering with humans to multiply the potential for organizations as they navigate change.

Join us at Blue Prism World to find out how you can leverage intelligent automation in your organization.