Black Professionals & The Future of Work 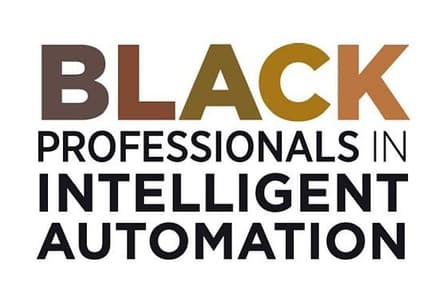 How Intelligent Automation Can Impact our Career Growth

There’s no arguing that Intelligent Automation is the future of work, especially in an increasingly virtual world. Intelligent automation represents an opportunity for companies to evolve and start to consider what skills and capabilities can be automated. There’s also an opportunity for entry level roles to be redefined completely; and with the help of up-skilling and training, I foresee a potential wave of new careers. When I think of these opportunities I can recognize the evolution of the workforce, I think about how companies will require more of entry level or admin positions in the future than they do now, but that will be a direct result of the evolution of technology, access to information, and automation. This shows me that the next generation of workers must elevate their skill-sets in order to be seen, even more importantly for minority workers. Advances in technology as a whole, have impacted Black people and other minorities in support roles for some time because of lack of access to advanced skills, education, and wealth.

Automation over the past several years has impacted jobs in factories, data-entry, farming and fast food. Many jobs in these areas are set to be eliminated altogether or transformed and up-skilled into new roles. The impact of automation, however, doesn’t stop there, as intelligent automation evolves, white-collar occupations in health, finance, insurances, and consulting will also be impacted.

A Mckinsey article titled Automation and the future of the African American Workforce, explained that automation is set to disproportionately affect the African American community in the years to come, mainly because jobs that are quickest to automate are supportive roles predominantly held by African American men and women.1 The article also referenced a McKinsey analysis which demonstrates that more African Americans are in slow growing, low paying support roles than in fast-growing, high paying direct roles.1 This analysis shows us how the racial wealth gap is created and can continue to expand resulting in further inequalities.

The unemployment rates for Black Americans living in the U.S is nearly twice as high as that of White Americans and has always been. Many Black men and women for decades have been excluded from opportunities of upward mobility and instead are trapped in low-wage and minimal potential jobs. This also significantly contributes to the Black-White wage gap which is still very substantial today.

Black Professionals in Intelligent Automation, formed to address the inequities of Black men and women in the workplace, wants to change this. We know that the Black community is already vulnerable to the effects of systemic racism in the workforce and education. Automation allows people to focus their time on more strategic, meaningful work, and keeps them from spending countless hours on mundane tasks that require little to no thought or effort. This means that the opportunities to elevate our skill-sets, careers, and incomes are endless. Understanding the potential for Black Professionals in Intelligent Automation, we’re creating initiatives such as developing a free enrichment and mentor camp for Black professionals that provides access to our product learning modules and to senior specialists and leaders in the industry, as well as partnering with predominantly Black schools to offer free access to our Blue Prism Academia program. Our goal is to increase the representation of Black men and women in Intelligent Automation, simply by driving awareness through recognition of Black professionals already thriving in this field, education for those interested in pursuing careers in intelligent automation, and building a community to support these efforts.

We want to ensure that Black men and women have access to the new wave of careers and benefit from the future of work as opposed to being left behind by it. Educating more Black men and women on careers in Intelligent Automation and giving them access to the tools and resources needed to elevate their skills, is vital to the future of the Black community. Register for our Inaugural Live Forum on September 30, 2020 to learn more.

1. McKinsey & Company, Automation and the future of the African American workforce, https://www.mckinsey.com/featured-insights/future-of-work/automation-and-the-future-of-the-african-american-workforce​​​​​​​, 2018