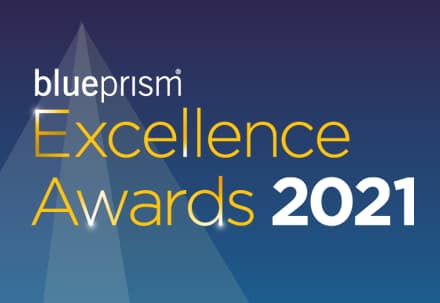 This year, 91 customers submitted more than 190 entries for the Blue Prism Customer Excellence Awards across a broad selection of categories.

And our judges are already hard at work, carefully reviewing the submissions ahead of the finalist announcement during Blue Prism World.

If you haven’t yet registered for Blue Prism World, make sure you join us for this free three-day event to explore the many benefits of intelligent automation.

So, just who are the judges for this year’s Customer Excellence Awards?

John has over 35 years experience as a senior executive and adviser to companies in the US and Europe in areas of technology and business services. John holds a doctoral degree from Vanderbilt University and publishes widely in trade, popular and academic media. John has served as our head judge for the Customer Excellence Awards since its inception.

Bernadette is an experienced RPA recruiter. She has a keen eye for talent in this space and knows what qualities make a head of intelligent automation succeed.

Felix has experience using intelligent automation as a developer and project manager and has vast knowledge of what it means to work with automation software. Prosegur won the Innovation Excellence Award in last year’s Customer Excellence Awards.

Flavio has more than 18 years of experience in IT and telecommunications, leading and developing high-performance teams. Telefonica has won multiple Blue Prism awards under Flavio’s leadership, including the coveted Pinnacle Award in 2020 for EMEA.

Hannah is an RPA developer at Pets at Home and is a recent graduate with a first-class degree in Business Information Technology BSc (Hons).

Josh's work in global business research consultancy focuses on integrated automation across the triple-A trifecta (automation, AI, and analytics) from a people, process, and technology lens.

Prasanna has been using Blue Prism since 2017 and has automated hundreds of processes. He is the technical head of a 50-person team and has successfully transformed many departments at Prosegur. Prosegur won the Innovation Excellence Award in the 2020 Customer Excellence Awards.

Rania is an experienced technology professional, who leads the technical aspects of the intelligent automation practice to deliver automation processes at Canadian National Railway, a finalist for our 2019 Customer Excellence Awards.

Richard is the head of process automation at S&P Global where he built and drove the establishment of the internal RPA practice.

Rich is the automation lead at S&P Global and was a founding member of the team that built S&P’s RPA capability from scratch.

Steve established the automation and artificial intelligence shared service within the university, which was the first of its kind in Australia. Under Steve’s leadership, the AI Hub won the Rookie of the Year Award in the 2019 Blue Prism Customer Excellence Awards.

Vipul is a very involved Blue Prism Community member with more than 5 years of automation experience. He is a Community MVP and has won and judged multiple Blue Prism hackathons.