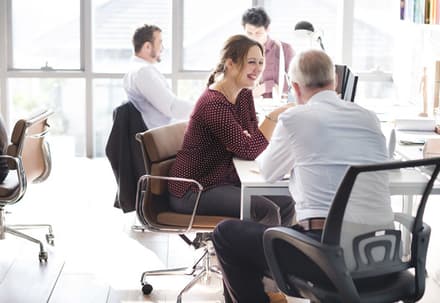 I am among those who believe that the term “evolution” is too often and inappropriately used in discussion and analysis of changes in business technologies. However, in looking at the history of Robotics Automation Processing (RPA) I see the value of assessing the changes and advances in this is field of technology.

The Darwinian theory of evolution organisms (in this article we will be looking at technology tools), where traits vary, which result in different rates of survival in successive generations. However, there are a couple of other concepts which are seldom considered; how often the Evolutionary Process ends in extinction of far more types of organisms than survivors, and that most survivors end up surviving in niches, not across an entire ecosystem. I see these latter points quite interesting when looking at the technical tools created to automate the use of computing services to carry out business processes.

There are several “natural selection” criteria impacting process automation tools, among which are; the unrelenting drive for efficiency and other pressures of capitalism, the risk mitigation to protect corporate reputation and gain customer trust, and the ever-increasing regulatory compliance to safeguard privacy and other requirements on businesses and other organizations. The result was the extinction of many tools and methods over time, while others were relegated to niche use cases.

Modern business competitors gain tremendous competitive advantage when they can identify and incorporate emerging technologies, which, I contend often led to adoption of immature, and ultimately unsuccessful automation tools, that in the end, only meet niche requirements of the Enterprises that adopt them.

Since the earliest days of distributed computing there were many tools developed to automate human interaction with computers. First to arrive were scripting tools, that allowed for a set of functions to be strung together to execute highly repeatable processes of simple tasks. There were screen scraping of desktops UIs as users performed mundane tasks in order replay those recordings on demand. There were many limitations related to both Screen scraping and scripting. They were often only worked in proprietary scenarios, in a rigid use case, unable to adapt or scale, as changes in environment would demand. Even as some tools matured to enable rule-based tasks or to port scripts across platforms, Enterprise technical environments kept changing at a faster pace than most automation tools could keep up.

Application Programming Interface (API) services were introduced to provide software developers an abstraction for easier definition and access to back-end systems, enabling for more flexible workflow development by programmers. This approach did allow for more complex and robust automation, but at a cost. Frameworks and Enterprise-wide Technical Architectures had to be defined, adopted and maintained, and a significant amount of effort to attain, train and engage programmers to build automated business processes created a time-to-market bottleneck in introduced significant costs. A bad bet on the right API strategy could lead to early obsolescence of an entire tool set and the loss of significant investment of time and money.

By 2012, when Pat Geary coined the term Robotic Process Automation, there were only desktop specific, proprietary or platform-specific orchestration approaches to automation, that did not go much beyond mimicking human interaction and weaving together disparate human-centric workflows. RPA changed that, by allowing centralized, more advanced automation, across legacy platforms, provided the ability of scaling out to cloud services, and most importantly, across ecosystems. This last quality is key to understand how RPA avoids being driving into the niches of adoption or toward extinction.

Connected-RPA continues to evolve. It can allow for the creation of discreet decision path and can even allow for workflows that leverage multiple trained ML engines, while concurrently, while providing training feedback loops across those engines. Connected-RPA can now scale the robotic workforce to meet the needs of the assigned work in an assigned time frame, while still allowing for human collaboration, as necessary. Full integration of ML workflow, allowing for probabilistic decisions within a dynamic workflow, which will continue to further the autonomous capabilities of the platform. The ability of connected-RPA to work across ecosystems means well designed RPA tools can adapt to entirely new Enterprise ecosystems being built around Artificial Intelligence, Machine Learning, blockchain and other transformative technologies. Therefore, it would be a good bet that we will see connected-RPA continuing to evolve to meet and deliver autonomous process automation into the near and long-term future.