How Can Intelligent Automation Transform Customer Experience Within Utilities? 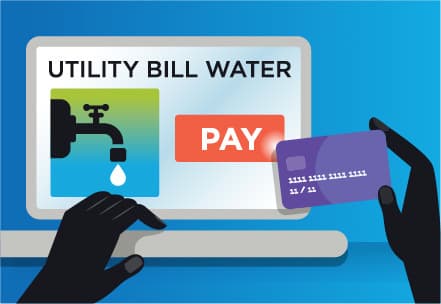 Utilities that supply power and water face a challenging year ahead. Demand for power has dipped, which has affected the wholesale price, while the pressure is growing to invest in a digital, more distributed distribution model.

Underpinning these macro trends, utilities face greater competition than ever for their customers. It’s coming from new market disruptors that don’t have a massive investment in either their own infrastructure or ageing IT systems. Those companies can attract customers with similar offers to fintechs that challenge traditional banks: personalized services, mobile and self-serve channels, transparency and accurate billing or data.

On top of that, the usual big tech challengers such as Google and Amazon are operating at the edge of the utility sector by enabling smart home devices to control energy usage and management, perhaps signalling further steps into the market in future.

Whatever happens in utilities’ back office systems or distribution network can certainly affect customers, and the biggest problem by far is an outage of supply. However, the importance of power and water to customers’ everyday personal lives means the biggest deal breakers often surface simply because of poor customer experiences and interactions with utilities.

The impact is clear. In the UK alone, 490,460 customers moved to a new supplier in November 2020, just 2.5% fewer than in November 2019, according to Energy UK’s latest electricity switching figures—despite the operational difficulties created by the pandemic. Switching volumes are rising year on year, especially in markets that have made the process easier, such as the UK and Italy.

But it’s not just customer churn and the resulting loss of income that cause utilities problems. Reputational damage in the age of widespread social media can spread like wildfire when customers have bad experiences.

This has been exacerbated during the pandemic when call centre teams have been decimated through illness, shielding or isolation. It has been harder than ever for customers to find someone to speak to about billing or supply problems.

So what causes customers the biggest frustrations when dealing with their utility provider? And how can utilities square the circle of modernizing IT systems and infrastructure while still delivering returns to shareholders and maintaining competitive price points? First, some of the areas where things can go wrong.

The challenge for traditional utilities is that customer data is held within legacy systems which are expensive to change and/or replace. The good news is that utilities can access technology including intelligent automation and optical character recognition, which allows them to introduce highly effective processes without having to disturb core systems.

One example of how this works in practice is DTE, a Michigan-based power company serving 2.2 million customers. Like many utilities, DTE operated in an increasingly complex marketplace with emerging technologies, changing consumer sentiments and increased pressure to boost productivity, while reducing operating expenses.

The company identified the process of serving a customer a high bill as an ideal candidate for automation. When an unusually high bill was generated, this raised a red flag in the system. Prior to sending the bill, DTE had to manually cross check the bill against the customer’s monthly average from the previous year to determine if there had been an error. This process was laborious and would often lead to a delay in the bill being sent to the customer.

Using intelligent automation, DTE not only accelerated the process overall, but has reduced the number of bills that needed to be reviewed by a human worker by 50%. Using this process as a starting point, it has since gone on to automate 35 different processes from finance, customer service, HR and corporate functions, saving a huge 250,000 hours annually.

To retain customers in the uncertain times that lie ahead, utilities need to think carefully about where they are underperforming and how they can remove friction from processes such as on-boarding and house moves.

Most customer onboarding or house move actions can be completed instantaneously using intelligent automation, even in companies that rely on legacy systems. While there are some macro factors in the sector that are beyond utilities’ control, automating processes to improve customer experience can deliver significant benefits.