Intelligent Automation, Law Enforcement, and the Integrity and Accountability Act 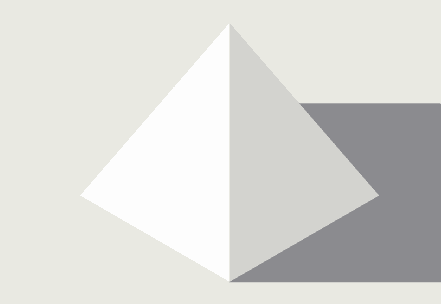 For Veronica Nicholas, the Records Technician at the Westminster Police Department in Colorado, her job was going pretty well. The department had been using Laserfiche as their content services platform since 2002, mostly as a digital filing system. The creation of documents could often be a tedious process because there wasn’t a whole lot of consistency in how reports were filled out, but overall, files were organized into proper folders and file management was running smoothly. Soon, however, all of that would change.

On June 19, 2020, Colorado legislators signed the Law Enforcement Integrity and Accountability Act, a groundbreaking police accountability act, into law. According to the Colorado General Assembly, this act, which goes into effect in 2023, will allow a person who has a constitutional right under the state’s bill of rights to bring civil action against a peace officer if they feel their rights have been infringed upon. For police throughout Colorado, this act means departments must tighten up their procedures, report filing, record keeping, compliance, and more.

The Challenges: The Legacy System, Data Migration, and Modernization

When doing an audit of the biggest challenges for compliance with the Law Enforcement Integrity and Accountability Act, perhaps the most pressing issue at the Westminster Police Department was the need to sunset their legacy system, iLEADS, and move records to Laserfiche. Although they were using Laserfiche for other purposes and had started to do some clean-up and organization, their old system could not handle the workload needed to support the large data migration.

When looking at data, the department realized that there were up to 500,000 arrest records and incident reports that needed to be moved over to Laserfiche. Additionally, these reports contained information on the incident, the case record, the summary of the case, and the record file, often containing hundreds of pages for one single report.

To make matters worse, much of the metadata associated with reports – the officer’s perspective, property type and location, demographic information – was housed in different locations throughout the network. All of it had to survive the migration to the new system and be reorganized in a centralized place that would allow for easy access of information and the quick gathering of reports.

Lastly, the Westminster Police Department legacy system was a 32-bit system, while modern systems are 64-bit. Moving data programmatically from these two different applications can cause frequent errors. There can also be problems with supporting hardware and hardware capacities, video and other graphics drivers, libraries, operating systems, programming rules, and migration staff skills.

The fact that the Westminster Police Department was already utilizing Laserfiche for digital filing was a bonus, as Laserfiche would be the new system of record. However, the new system would incorporate the full scale of Laserfiche capabilities and replace all the other systems and silos the police department was using for storing records.

With the aid of Blue Prism Robotics Process Automation (RPA), MCCi was able to assist the Westminster Police Department in migrating all data off their old legacy systems and onto their new system. RPA benefits also included the creation of a PDF report summary for each case record.

MCCi was happy to assist Veronica and the Westminster Police Department with the creation of unique, customizable forms that adhere to department protocols via Laserfiche. All form data collected would be complete, standardized, and accurate by requiring fields and providing a great forms user experience. For example, dropdown menus for an address or cross street can greatly save an officer’s time.

These forms were made available via an online portal for field or office entry on the department’s network. Officers could fill out the forms remotely, whether in their cars, on their personal computer, or on their department-issued cellphones. The only caveat was that the device must be on the department network to populate the data.

Mobile devices and desktop computers had shortcuts to make data entry even easier. Once the online form was complete, the submit button finished the job, capturing the submitted information along with everything that’s needed for the contact sheet – the event number, officer’s name, and all metadata. When a chief needed access to a file or report, a simple search would pull it up.

With any large project, having an engaged client always makes the job easier. With an active partnership with Veronica and the Westminster PD, MCCi enjoyed a continual point person on the project.

The teamwork also extended to other agencies. Forms could be exported and shared with other government agencies to help streamline their data entry and recordkeeping and get the best tools out to everyone. All information could be saved in a secure database that met necessary requirements such as HIPAA.

RPA and Laserfiche were easy to extend into other processes and areas. Utilizing their secure capabilities, these two programs allowed only approved users to gain access.

There are two different types of RPA: finite and day forward. Finite means that once the migration is complete, the RPA job is done. MCCi likes to take the day-forward approach with our clients, discussing other use cases for RPA and IA, and where and how it can benefit clients in the future.

After all, we find that the more strategic clients can be when thinking about intelligent automation, the greater the reward can be for their wider organization.

This day forward approach led to many accolades from Veronica and the Westminster Police Department. Even with the obligatory bumps in the road, MCCi managed to smooth the surface and remain on task. Where other vendors fell short of expectations, MCCi navigated the aged technology and delivered on our promises, troubleshooting any obstacles while speeding up our processes to meet the police department’s timelines. All in all, it was an extremely pleasant partnership.

Are You Ready for the Next Step?

Contact MCCi today and learn how Blue Prism RPA and IA can transform your organization!