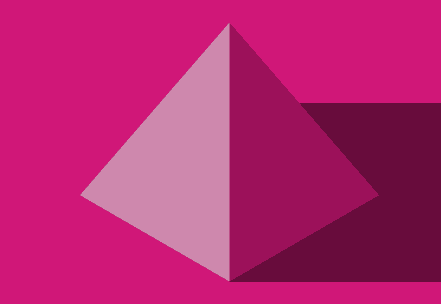 A lot is being written and discussed around different ways to discover the right processes to automate. Various approaches and technologies are available to review existing processes and identify those that are most amenable to automation and return business benefits.

The basic premise has been that if intelligent automation has to help human workers to focus on more intellectual tasks, we need to automate some of these mundane tasks that humans perform.

That’s a fair approach and probably the most often used as organizations automate their first set of processes. This approach yields results in terms of hours returned to business, displacing those human hours with shorter digital worker hours.

The above approach, though, misses a significant opportunity to give back more to business. If we take a step back and look at what’s happening in this approach, the starting point is the process that exists before automation enters the scene.

How did these processes come about in the first place?

Well, if we take an example of a daily stock report released internally in an FMCG enterprise, the report is crucial for various functions from sales to supply chain. Looking at the amount of information to process for this report and the time it would take for the assigned team to collate, validate, process and release this report, the frequency of this report was daily. One may ask, why daily and not weekly or hourly? They decided a daily frequency as the most optimal frequency for this report to balance business needs and resources available. When automated, they developed the process to mimic as it was being carried out by human workers (producing the report once a day).

However, a big opportunity missed is in understanding a digital robot can execute rule-based activities much faster than human workers and does not have the same budgetary constraints as human workers. Hence, the original constraints of human time taken to produce the report do not apply to a digital robot. If the automation produced these reports hourly, business would immensely benefit to make better decisions. That would have automated a process that did not exist but returned greater value to the business.

Another example I saw was around a process that required reviewing thousands of incoming forms from external sources. Each form had over 100 fields that needed to be validated for correct information type before being sent for processing. The validation was typically around ensuring the right currency was being referenced, matching certain values like the sender’s ID number against another database, etc.

This ensured that resources for the next step of processing these forms were not being wasted on forms that eventually had to be returned due to errors. Since there were budget constraints, they assigned only a dozen employees to this task of validation of the forms. Because of the sheer incoming volume of these forms, these dozen employees could only review the most critical fields and those that had frequent errors. This caused about 10% of forms still to be rejected later as some fields that were not validated were later being found to have errors. That also caused hours lost with the processing team that started on such forms that were later found to have errors.

When automating this process, they built automation to automate the process that humans followed (by reviewing a handful of fields in each form). What they missed when automating was the chance to validate all fields instead of those that human workers were validating because of their constraints. Again, this would have automated a process that didn’t exist but returned significantly more benefits to the business.

These examples show it is important to first review a process being considered for automation to understand its purpose and where it delivers value to the business. Processes need to be assessed, re-cast, transformed before being automated. Many manual processes exist in their current form because of budgetary constraints or limits of human capabilities. When these limitations are challenged when deploying digital workforce, benefits back to business are way beyond the hours returned by automating as-is human processes.