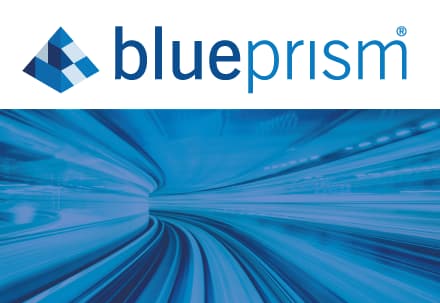 “Not quite so fast some time, Mr. Conductor, if you please.” These words, reportedly uttered by Queen Victoria after her first rail journey may not have been an auspicious start, but they ushered in an era in which travel by train became the preferred mode of transport not just for her, but much of the travelling public. By the time she uttered these possibly apocryphal words, Great Britain had already experienced rail fever and rail mania, investment booms which demonstrated business confidence in one of the great innovative technologies of the 19th century.

Today, the UK industry carries 1.7 billion passengers and transports 110 million tonnes of freight per annum[1], but very few would describe it as innovative. This is almost certainly unfair: whilst public perception tends to focus on ticket prices and delays, rail has seen huge technological leaps in drivetrain technology, electronic signalling and control, and of course safety systems. Even track design, whilst ostensibly being the same over many decades has seen improvements in materials science.

But despite rail having one of the lowest carbon footprints of any standard mode of transport[2], its popularity consistently lags behind road and air. One reason for this could be its uneven adoption of digital technology. Whilst the widespread adoption of satellite navigation systems transformed car travel and airlines rushed to invest in flashy mobile apps, TOCs were battling ageing rolling stock and a lack of willingness to invest. It also suffers from its longevity. Consumers are so used to being able to travel distances of hundreds of miles in a few short hours (without the pre and post journey add-ons that flying requires) that they forget just how great an achievement this is. What was amazing becomes the new normal.

Of course, one of the biggest barriers facing TOCs and ROSCOs from exploiting technology effectively is the fragmented ecosystem in which they operate. The need to integrate with systems provided by Network Rail, or umbrella groups such as RDG; the reliance on IT systems procured by previous franchisees; and the need to integrate information from external systems in-station and on rolling stock means that even ostensibly small projects can rapidly grow in size and complexity. Consumers looking for app-driven services don’t see beyond the shiny user interface.

Interestingly, despite my industry, RPA, being significantly younger than rail, it already faces the challenge of being perceived as the new normal. If you’re unfamiliar with Robotic Process Automation, then imagine a software platform that can automate any business process, interacting with line-of-business applications in the same way that humans do, only vastly more quickly. You can think of it as offering a team of digital workers that work alongside your existing human workforce.

Despite its huge potential, RPA is often implemented to carry out simple, but heavily repetitive back-office processes. The intention is that by removing these from humans, they can focus on more valuable activities. In practice of course, time that is freed up is quickly filled with other similarly mundane tasks. From a management perspective, little appears to have changed and the benefits delivered in terms of volume and capacity are hard to define. RPA simply becomes another part of the application landscape.

However, when it is applied to the right problems RPA can be truly transformative and Blue Prism’s experiences in the road freight industry demonstrate how it can not only improve internal efficiency, but also reduce cost, and increase customer satisfaction.

Schneider are a major US haulage firm, with over 33,000 trailers on the road. Like much modern rolling stock, their tractor units are internet-enabled and chock-full of sensors, which measure everything from component heat to hydraulic pressure. Despite this, drivers would often ignore dashboard warning lights, leading to hundreds of critical engine failures every year - costly not just in terms of repair but also in penalties for late deliveries and customer satisfaction.

We recommended letting your Digital Workforce handle this data instead, ideally one that can identify urgent issues based on sensor readings and will automatically send a message to the driver telling them to pull over, as well as alerting the dispatch team. But even after Schneider was able to completely eliminate roadside failures, we felt it was possible to go one better. Previously, Schneider operated a rolling maintenance program – trucks serviced according to a schedule whether they needed it or not. Using the information gathered from the sensors, the Digital Workforce now plans a bespoke maintenance schedule for each vehicle, ensuring they are only repaired when necessary and maximizing their time on the road.

It’s easy to see how such an approach could be applied to rolling stock as well with significant and multiple benefits. Not only does operational cost reduce, but the reduction in track-side malfunctions reduces delays and increases customer satisfaction. In this instance RPA offers real change and benefit, rather than the window-dressing offered by those shiny mobile apps.

In fact, one of the key selling points of RPA is that its no-code approach means that it is even able to seamlessly interface with that fragmented and distributed application landscape that typically causes so much pain.

Ultimately, these improvements will still be behind the scenes and what consumers don’t see, they don’t necessarily appreciate. However, by releasing significant additional cash to invest elsewhere, it’s easy to see how these invisible improvements could have a major impact on front-line services.

Back in 1851, eminent barrister William Johnston published an essay in which he described the introduction of rail travel as “the most important event in the last quarter of a century of English history.” Today, rail services are viewed much more prosaically, but that doesn’t mean there are not still exciting opportunities to engage the public with significant changes in service delivery. Whilst I would never suggest that RPA holds the same level of importance as Mr. Johnston placed on the railways, I do believe it has the opportunity to transform operational efficiencies for TOCs, ROSCOs, and others involved in the industry.

Please join our webinar which takes a look into The Future of Customer Experience through E-ticketing, as one of the key components to achieving this transformation. We'll also be discussing: