The Automation Revolution is Happening Now 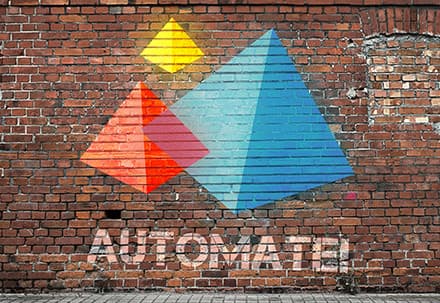 Every single platform provider will need to offer automation out-of-the-box alongside their core offerings, for the simple reason that the product class offers the highest ROI of any business technology ever created. Now, that is not me from Blue Prism saying this, it is the London School of Economics and MIT.

Imagine employing 50 people for every one person you currently employ? How does that change your world? How do you think differently about what you do? Could you even imagine assigning that amount of work?

A new way of working

The same automation revolution is well under way in white-collar jobs and the service industry. It will have the same impact as the invention of the Internet; if you don’t see that you’re already out-of-date. It changes every aspect of the way work will take place in the service industry, the types of services that are offered, and the way technology is consumed. Work life will probably change more in the next 10 years than it has for the last 100 years. What does this look like?

The cliché would be that all jobs are wiped out and there is nothing left for humans to do; in other words, Apocalypse Now (and then Brexit).

But, it won’t be like that. For the businesses that have made the strategic commitment to Blue Prism‘s enterprise class automation platform, you see a similar pattern as to the one that occurred in manufacturing: expansion of services, higher rates of service quality, greater flexibility in working (effortless coping with Covid-19 lock-down and remote working) and most of all – speed and scalability…

The arrival of digital workers

Our Blue Prism Digital Worker is software that attempts to get as close to a human worker as we can. In other words it is a software robot – an autonomous processing unit. It is not a script or a bot – in fact the digital worker runs multiple scripts or bots marshalling these kinds of capabilities in large scale so as to automate any business processes (which may or may not include routine mundane tasks, and equally, may include sophisticated diagnostics that humans struggle with; like spotting money laundering, KYC [know your customer], or early signs of diabetes in a retina scan).

Like a human worker, the Blue Prism version of this concept is trained by a business user; and so the digital worker makes use of any tools and third-party technologies as it needs.

People ask is this intelligent systems or AI? Of course it is. In a very direct way. Just like a human, this technology aims at versatility at its core, and the abilities to use all technologies as they become available is crucial to its design. And by choice, necessity, or taste, the digital worker makes use of any novel, routine or classic machine learning or AI algorithm as is required for the task in hand. The whole point is that all of these technologies can be clipped together (with no code) according to what they are being trained to do.

At the heart of this automation revolution is the fact that all systems can be made to interoperate through digital workers. It means that ancient systems from the birth of computing, to technologies just born, are now in scope. This imposes a post-legacy reality; everything that exists is legacy; or in our terms, a component or tool to be made use of.

If all software becomes interoperable – think how this changes the R&D landscape? And how business will start to consume technology. And the implied pace of change we are about to hit. The acceleration will be rapid and mind altering; propelling winners, in many cases companies you have never heard of, to fame and fortune, because the whole consumption profile is flexing and re-ordering.

Look at technology service businesses (like IBM), and they are akin to a giant form of human middleware, or mechanical Turk. It is like a digital sedan chair, a business carried by humans as it plods its progress – this, in the age of the self-driving automobile. These are the areas that will change the fastest, as IBM has noted. The large human powered business service companies also look old fashioned in this new context, and these have only just been invented. They will need to pivot, as do all the main service providers, and this new revolution will make them better. Covid-19 and the current economic crisis will likely accelerate all these changes.

I should say, I already claim that any business processes worthy of the name (i.e. you want it to be repeatable and predictable) can be automated. So, buckle up.