The Digital Workforce as a Moonshot - Part 2 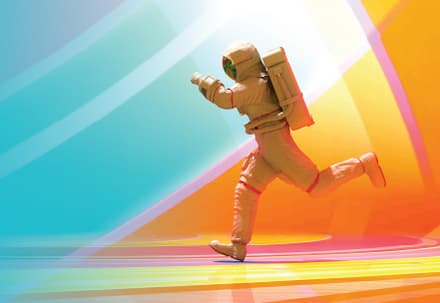 We need to plan for a future that won’t look like our recent past.

Blue Prism is not alone in its understanding that the operational model must immediately evolve. Forrester and McKinsey each foretold of this need back in December of 2018 in their published reports. It should be noted that both analysts had been studying the impacts of a new digital workforce and published their findings on the subject at the same time.

McKinsey said in the article, “Synergy and disruption: Ten trends shaping Fintech” that the old model was inhibiting that ability for financial services companies to compete with new threats. Forrester’s prognosis was more dire; they said that current organizational design had simply “aged out” in their article, “The Future of Organizations”. There has been a growing sentiment that organizations that delay this transition will find themselves either out of business or acquired by some newer venture capital funded company disrupting the market. The result of such a delay is poor outcomes for current leadership and shareholders, to be sure.

The short story is that most operational models aren’t nimble or robust enough to accommodate the introduction and governance of a true digital labor source or the digital transformation (read: AI) that most boards and C-level officers are trying to deliver.

It’s like trying to use a manual on repairing a Ford Model T to fix a Tesla Model S. Yes, both are passenger cars, but the systems and propulsion couldn’t be more different (not quite a moonshot analogy, but you get the point).

So, what does this have to do with title thesis?

The McKinsey and Forrester studies are but two examples of the importance of possessing an operational and monetization model that can help introduce a digital labor source into an organization that has been the sole domain of humans. This governance is essential to managing the rules of engagement between digital workers and human workers, as well as providing a reliable and trustworthy mechanism of audit, labor scale and repeatable value. It is also an imperative to lessen the risk of use and implementation, as well as increase the cultural adoption in an organization.

Blue Prism’s Robotic Operating ModelTM (ROMTM), is just such a means to ensure an organization’s successful digital workforce . It is this important and frequently overlooked aspect of deploying a digital labor platform that is required to:

Developed in response to our earliest client needs, the ROMTM is approaching 13 years of deployment governing in the robotic process automation space. During that period, we have constantly updated it to reflect all of the feedback we’ve received from our 2,000+ client base. It is an evergreen approach that constantly seeks to improve the efficacy of the human-digital labor workforce. The Japanese would call it Kaizen, a term meaning ‘change for the better’ or ‘continuous improvement.’ It’s in Blue Prism’s DNA that the implementation, coordination, management and governance of our digital employees is as important as the Blue Prism platform and technology partner network itself.

We need to plan for a future that won’t look like our recent past. That isn’t a doomsday view or a bad thing. It’s just a sobering fact. To ignore it is to not address the most fundamental question the C-suite faces: how do we continue to produce or improve products that delight our customers and shareholders without doing anything financially or morally irresponsible?

In the final analysis, if you are evaluating a genuine digital labor source and there is no key performance indicator to evaluate the governance layer, then you are only evaluating an automation software tool kit. At an enterprise scale, sharing of a library of previously developed task configurations and the audit function will be missing, at a minimum. How do you explain that to regulators and shareholders?