The Digital Workforce as a Moonshot - Part 3 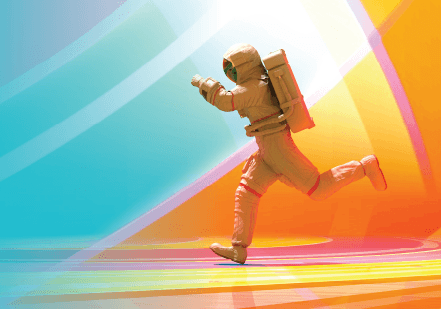 Adapting to a model that incorporates new advancements in digital workforce technology is essential to being a winner.

How the Digital Labor Moonshot is Disruptive (In a Good Way)

To close out on our thesis, how is a digital workforce like a moonshot program? Because the U.S. space program of the very late 1950s through the 1960s changed how we worked precisely because it introduced a non-human labor element to everything. I consider that moment in time to represent the first intersection of the “application system-based laborer” working with humans. It set a precedent, a precedent for the way people and different organizations worked together, but it was also the first-time humans interacted with a digital worker. The means by which the entire mission was run—from calculations to the actual maneuvering of the spacecraft—included a mainframe and, eventually, in Apollo, a solid-state digital assistant.

The better news is that the National Aeronautics and Space Administration (NASA) also changed how we deliver work. Personalities like General Sam Philips, Chris Craft, Gene Kranz, Bob Gilruth and James Webb figured out how to bring it all together and get nearly 430,000 disparate human workers spread across government agencies, public and private corporations, universities, and think tanks to work collectively with NASA, along with their mainframes and the hardware essential to the mission of landing and returning a human being to the moon. It was an incredible demonstration of how to harmonize newly introduced systems with a far-flung human enterprise tasked with doing something that had previously only lived in the imagination of science fiction authors and dreamers. Today, we can’t imagine a world without that level of discipline and integration, especially as it pertains to a space agency.

Now we just need to enable it for corporations that are trying to remain relevant and in business during the 5th industrial revolution. Revolutions always have those that benefit and those that perish. In this instance, adapting to a model that incorporates new advancements in digital workforce technology is essential to being one of the winners. The good news is Blue Prism has already figured out the answer for those open to the transformation of labor. It’s called the ROM and it already underpins the digital labor force of more than 2,000 companies.