The Tesla Effect: Applying Lessons From the Automotive Sector to Financial Services 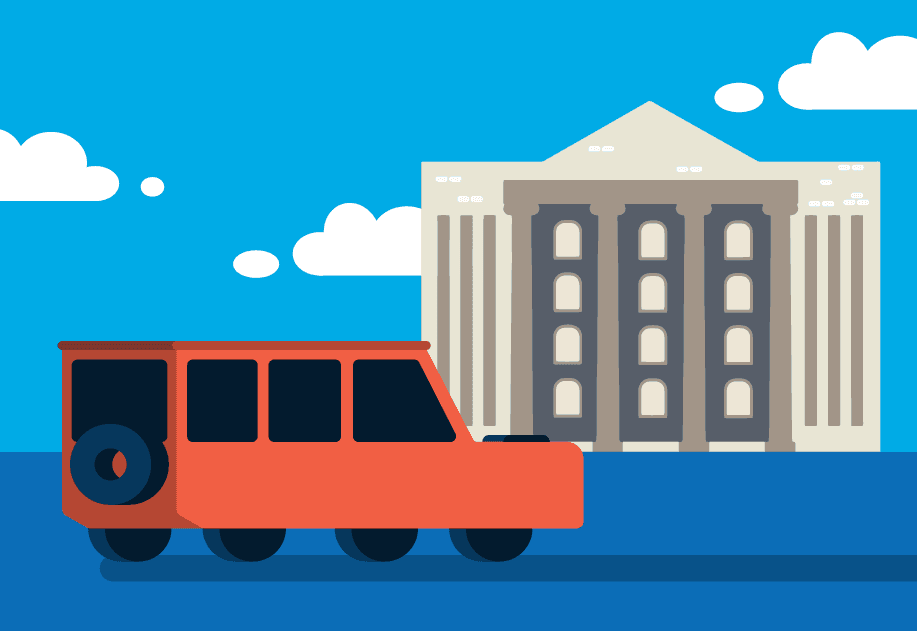 It's really important to understand what your goal is - and ultimately it's all about retaining customers. To use the football analogy, kick the ball against the wall, do a little bit of juggling - don't go out and play a 90 minute game right off the bat. As you practice and learn, you'll get better and better at it.”

What can the financial services industry learn from the automotive sector?

Can automotive companies’ widespread adoption of robotics and Japanese manufacturing methodologies teach financial services companies how to apply intelligent automation more effectively to their processes? And what are the success factors that really count?

Before leading the automation team at State Street, Giovanni spent around 25 years in the auto industry working for Ford Motor Company, amongst others. He also had an earlier career as a professional footballer and considered training as a chef.

Required: A sense of urgency

Darshan began by asking Giovanni how far State Street has progressed with its automation program. He said: “I think we're fairly mature with our use of automation and now we are melding automation together with artificial intelligence, so we can build automations that include machine learning.”

The next question was to identify some of contrasting and common factors between the automotive and financial services sectors in terms of automation. The first difference is the sense of urgency in the auto industry, Giovanni said. “If you're manufacturing vehicles and parts on an assembly line, you don't have a whole lot of time to waste, people are very focused, it's very efficient, and there's personal accountability for success.

“In financial services, there are a lot of presentations that are done and a lot of discussion. There are results, but they may not happen as quickly or as efficiently as they would have in the auto industry. Communication is also very direct in manufacturing production facilities because you just have to get the job done. And there’s a lot of attention to detail in terms of how to shave money off the margin.”

So has that sense of urgency translated into action at State Street, asked Darshan? The answer is yes, Giovanni said: “In the 1990s the auto industry was in a situation where firms were adopting automation to increase their profit margins and reduce costs. I find the financial services industry is in that kind of space now: it's very competitive, and retaining clients and customers is of the utmost importance. So whatever advantage you can come across to do that is paramount. We're starting to see that same sort of urgency and focus prevail.”

The COVID pandemic, together with volatility in the market, has added to this momentum. The financial services industry needs to implement intelligent automation to deal with volumes of work that can scale up or down to meet variable demands today, but that can also prepare firms for potential volatility in the future.

Executive sponsorship of such initiatives is key, and has been a big success factor at State Street, Giovanni added. “The biggest impediment you can have is if the rest of your team, or other departments within your organization, aren't on board. So having that executive sponsorship provides the trajectory and the velocity that’s needed.”

When automation was new at State Street, there was some resistance, with some people wondering how automation would affect legacy applications, and others worrying that robots were going to take their jobs.

“You need sponsorship at the top,” Giovanni said. “And clear communication that says automation is strategic and has to take priority. In the auto industry, there was a mandate from the top of the house that this is the way we're going to operate, this is what we need to do, and this is our ultimate goal.”

Another success factor at State Street has been the simplification of technology initiatives and the anchoring of automation and AI to business value. “There were 13 streams, including automation, cognitive computing, microservices, unified data. The advantage now is that we're tied to business value and we don’t build technology for technology’s sake.”

There is also a move to create accountability and ownership by the business, and this is where there are some differences between the auto and financial services sectors, Giovanni says. While in auto manufacturing it’s all about having 120 cars coming off the line per hour, it's much more blurry and less transparent in financial services because of the need to respond to different customer expectations.

So has looking at end-to-end process flows at State Street helped in the automation journey? Again, the answer is yes, Giovanni replied. “State Street has built its reputation on being very customer focused and customer centric - but sometimes to the detriment of standardized processes. Looking at an end-to-end process and getting rid of the waste within it using Japanese Muda techniques or adopting a Six Sigma mentality can help.”

An example of how this works is the standardization of global accounting practices. “So now we have one process that we can scale, and we have reusability with a lot of our library components.”

This work will continue as State Street looks at other processes that could be transformed with automation, but there is also an important opportunity to improve, rather than simply automate those processes. “There’s a process reengineering mindset that we can take from the auto industry, and apply it to financial services. Whether you're meeting an SLA, or whatever the case may be, let's focus on that and then work backwards to achieve it.”

This is one thing that Tesla has done very well, Darshan observed, by questioning whether processes should be in place at all, and reducing the number of parts needed to build a car. A similar approach is underway at State Street, where Giovanni’s team is using tools for process mining. “When you start to look at future or downstream effects, and you can start to fix the things that will bring you the greatest return in the end, you can build a better business case.”

This applies to getting more value from people as well, Giovanni said. “It’s true that there are cost savings associated with the reduction of the number of people needed to do a certain process, but individuals can also be upskilled provide better customer services. Again, we can take the Muda concept and say we are not going to value anything that's not directly contributing to customer service. Putting people closer to customers will increase job satisfaction, self-confidence and skillsets. You have to craft these message carefully and clearly.”

Having advocates for automation in the business units themselves is also important. State Street uses a federated model where it builds automation teams within the business, which means they have ownership, are championing their own initiatives, and prioritizing their own initiatives. Giovanni’s team can then act as a center of excellence providing governance, training, use cases, best practice and support.

“I want the business to own automation because they can have more responsibility and ownership of success than if they were just being told what to do. When you have that mentality and everybody works together to achieve shared goals, it works out really well.”

The automation team and the business can work together on how to build technical and functional specifications for a solution, but then teach the federated teams how to do that themselves. “Once we have maybe six months of hand holding, then the teams are off to the races and they're automating on their own.”

Agility plays an important part in that process too, Giovanni said. “In the beginning we would spend a lot of time on use cases get halfway through them, hit an impediment and bang our heads against the wall trying to find a solution for months, wasting time. There was a fear of failure and of wasting money by scrapping projects. But if you extrapolate that sunk cost and another six months of wasting your time and spinning your wheels, you're going to spend a lot more money. Not being afraid to say no is difficult at first, but once you adopt the fail-fast mindset it really can pay a lot of dividends down the road. You'll see problems a lot sooner and you're not wasting time on things that you know have a 10% success rate.”

Quick wins achieved with this mindset can build momentum and secure further executive sponsorship, whereas only going for larger projects can create unnecessary risk: “You basically want to play in the World Cup final without doing any qualifying games. You have to practice - so why not practice on simple things to build up your confidence?”

Process improvements at State Street include getting customer IDs set up within a day versus two weeks, and the team is using Splunk for analytics and monitoring. It is working on an ROI portal that the business can use to check that automation is performing as intended in terms of the reduction of manual processes.

It’s important not to get too many initiatives running, however: “Sometimes when you try to boil the ocean and bring on too many tools you find yourself stagnating. It’s best to be laser focused on automation initially, and then start to bring in tools as you mature. What I recommend for automation programs that are just starting out is to keep it simple. Start small and then slowly build.”

Concluding the session, Giovanni reiterated the fact that every goal for automation should be focused on delivering better customer service, and that it’s definitely important to pick your battles: “Over complicating things and setting up an automation program when thinking either too broadly or too specifically at the beginning is kind of the Achilles heel.

“It's really important to understand what your goal is - and ultimately it's all about retaining customers. To use the football analogy again, kick the ball against the wall, do a little bit of juggling - don't go out and play a 90 minute game right off the bat. As you practice and learn, you'll get better and better at it. Be focused, keep it simple, make sure you get the right sponsorship, and get the whole company on board with what you're trying to do. Learn from other people's mistakes, talk to other industries, and talk to other teams because there's no sense in reinventing the wheel. What you really need is already out there – you just need to find it.”