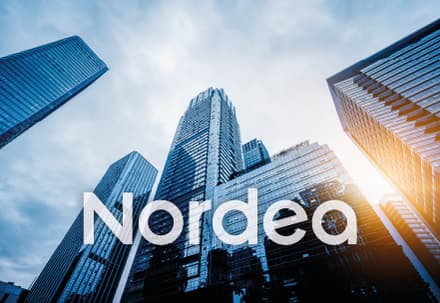 A digital worker picks up the graphical file, converts the whole document with OCR. It then reads it and transforms it into an output that we can use because it’s now become text.

Based in Finland and founded 200 years ago, today Nordea is a modern, digitally enabled bank. And this often requires them to send and receive high volumes of digital files. However, many files they had to process were optical or graphical in nature which was causing problems for Nordea’s document scanning systems. So, they wondered, “Can we integrate optical scanning to speed up processing?” And the answer was yes, thanks to intelligent automation.

Nordea was processing large volumes of digital information every day, and they were using text-based processing software to automate much of it. But with the growing use of different file formats, like image-based PDFs, Nordea found its systems were struggling to process the information they were receiving. They needed a clever way to bridge the gap between their text-based systems and the use of image-based formats.

Nordea was already well-versed in the use of text-based processing. And Optical Character Recognition (OCR) technology had been available in the market for some time. But the question for Nordea was could they integrate OCR into their current systems to automatically identify and convert image-based files without resorting to a manual solution. Enter Blue Prism intelligent automation. Now, when a file is received, digital workers identify those that are optical or graphical in nature. They then use OCR to scan and convert the file into a text-based format.

This was especially helpful when Nordea moved headquarters from Sweden to Finland. The move triggered the European Central Bank (ECB) to review Nordea’s internal risk models. Using OCR and intelligent automation Nordea developed an integration which reads customer transaction data from non-text documents and feeds that data into Nordea’s internal reports. The reports are then supplied to the ECB for review and to ensure continued compliance by the bank.

Preparing for Life After COVID 19: Post-Pandemic Innovation in the Banking Sector