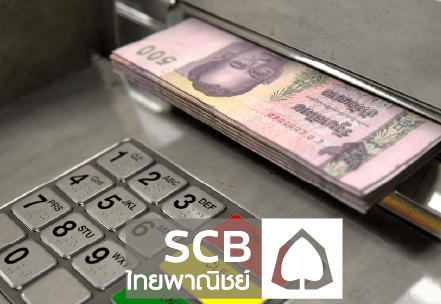 We’re now testing how we can make ATM error detection proactive, so even before a customer realizes there was a mistake, we can inform them with an SMS."

As Thailand’s oldest bank, Siam Commercial Bank (SCB) has successfully navigated more than a century of change. But more recently, as the tech-savvy Thai market eagerly embraced the digital revolution, SCB found itself falling behind. One pain point was correcting errors in its ATM network; refunds were taking up to a week. It was a delay the bank’s customers were unwilling to endure. How did SCB fix its ATM woes? It brought in a team of Blue Prism digital workers.

While the overall incidence of ATM errors is low at SCB, it operates 10,000 ATMs across Thailand, so errors were still occurring with enough frequency to be a problem. Every time an error did occur, SCB found itself dealing with an unhappy customer while simultaneously needing to dedicate significant resources to fix the issue.

Now, when a customer contacts the call center to report an error, the operator passes the report to a Blue Prism digital worker. That worker then coordinates a team of digital workers who start by verifying that the transaction occurred. Next, they check the ATM error log to confirm the error. When an error is confirmed, another digital worker automatically notifies the customer that a refund is due, usually in less than three minutes from the customer’s initial call. And now, instead of waiting seven days, customers have the missing money back in their accounts in under 10 minutes. What’s more, the entire process is fully automated with no human worker intervention.