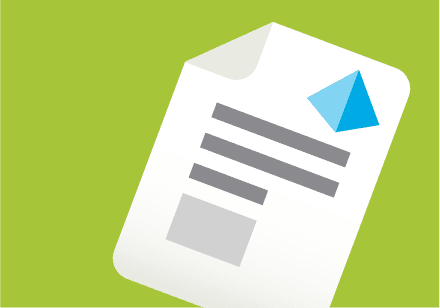 Automate faster and scale with Capture

Blue Prism Capture is an intelligent process capture platform that automatically generates all of the supporting documents and information needed to create and optimize PDDs quickly and accurately with less risk.

You are able perfect each step within the process using the step editor, add extra steps, branch steps, and branch conditions. In the end, you can export an optimized and accurate PDD, ready for use as a skeleton for future developers.

Since every automation needs PDDs, Blue Prism digital workforce not just helps you create them, but we are constantly working to automate automation. The result is a product that reduces the time spent from process definition to deployment.

How Capture has started

Democratizing intelligent automation has always been a goal of Blue Prism, whilst still keeping the key differentiators of our products that our customers love: reusability, scalability and security.

We dipped our toe in the water with a tool for business developer enablement, with the launch of Capture v1 in November 2020, and it gained popularity more rapidly than we imagined.

Capture was the first product launched directly from Blue Prism AI labs and its key differentiator has been the accuracy of its screen capturing, utilizing computer vision models spearheaded by the Capture research team.

The ability for a citizen to contribute, by automatically defining an as-is process from a demonstration, and sending it onto their internal automation team, made more agile operating models for industrializing process definitions possible.

Fast forward only three months and Capture v2 was launched with the continued strategy of speed to market.

The update was focused on two key areas: (1) increasing the stability of the product, and (2) beginning on our journey to ‘automate the automation’. Both goals were successfully achieved.

We reached more stability by removing the browser dependency, no longer requiring a web browser to use the product.

The beginning of the ‘automate the automation’ journey happened through automatic generation of the Blue Prism process outline XML from a process owner demonstration, ready to be loaded into Blue Prism. That gives your developers a significant starting point to automate.

With this update you can save up to 25% in end-to-end automation time by utilizing this new functionality.

Capture v2 took just over half a year from development kick off to release focusing on speed to market to deliver new capabilities to our customers quickly.

The Future of Capture is promising

Of course we are not stopping there. Later this year, Capture will be all about automating the automation. You will save up to 75% in end-to-end automation time, from process definition to deployment. We will continue to build on the process generation capability in v2, but we are going to go much further.

Capture v2.1 will begin the journey to automate basic object templates and it is expected to be released late May 2021.

Capture v3, will allow the user to spy automatically at recording time of Capture, to generate a process that saves significant time, and requiring little expert Blue Prism knowledge to become runnable.

Automating the automation is no doubt a lofty goal, but we also will be making significant ease of use improvements for customers who want to continue to focus on using Capture for as-is process definitions.

Stay tuned, there’s a lot more to come from the Capture team, as we strive to enable anyone to automate a Blue Prism process!

In this 7-minute demo, see everything from how to launch Blue Prism®️ Capture to the final auto-generated Process Definition Document (PDD).