What is RPA? What is Intelligent Automation? Here's a glossary of automation terminology 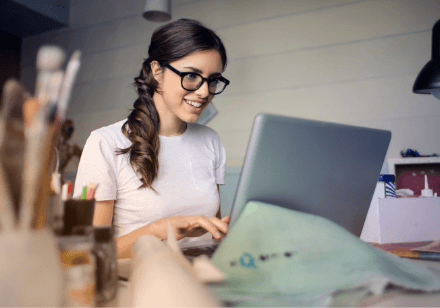 Not sure what the latest automation acronym means? You’re not alone. The shortening of terms to an abbreviation of letters is meant to make things simpler, but we are all aware it often doesn’t.

For anyone stepping into a room of people from an industry which they aren’t part of, it can feel like they are speaking an alien language.

And the tech industry is probably more guilty than most of creating swathes of acronyms — we have been known to throw one or two into a conversation.

So, what is RPA? And what is Intelligent Automation?

Contents - see the pdf download for the full glossary.

Whether or not you’re responsible for automation at your organization, it’s important to understand the types of IA and technology associated with it. This guide will help you to understand what each acronym means and, more importantly, what the technology does to ensure you know enough when looking at potential solutions to your problem, and of course, for your own sanity.

So, when somebody drops CV, DL, or CNN into a conversation — you won’t be confused in thinking they’re talking about a personal profile, slang term, or a news channel, but instead will be able to put it into the context of the automation product you are looking at.

Robotic Process Automation or RPA is a term for a piece of software, or a ‘robot’, which carries out tasks and activities within systems, or applications, in the same way a human would. The software is perceived as a ‘robot’ because it works in a robotic way, completing tasks automatically in the same way a human would. This element of the software is a deviation from previous automation products.

Previous automation products would need modification to applications, or systems in order to carry out processes and tasks. Robotic Process Automation works differently. It interacts with systems and applications utilizing the same interfaces a person does to capture and manipulate the required information for the process.

On top of that, they can work with other methods such as scripts, or web services. The result is a ‘robot’ which can complete an extensive number of repetitive tasks in places where once they were only easily completed by people.

You don’t use a teaspoon to dig foundations. In the same way, you don’t use simple RPA to automate an entire enterprise. It will be inadequate at dealing with the needs of the organization. Enterprise RPA is built to handle the needs of an organization spanning thousands of employees — with key characteristics to deliver automation at scale.

Unlike simple RPA, or desktop automation tools, Enterprise RPA is not a locally installed solution. No more rooms full of PCs, or locally installed versions on your laptop. Instead, it is built into servers either on-premises or in the cloud, instilling it with the ability to scale and giving the ability for overall control. In this environment, controls, availability and security can be implemented to provide the ability for management of more than one robot at a time and easy auditability.

Afterall organizations need to know what the bots are doing when they turn down the lights at the end of the day. What’s more, Enterprise RPA has the ecosystem and development structure around it so that it can maintain, reuse and develop automations in a simple, repeatable and reliable manner. In this way, the ‘robots’ or in more advanced AI versions, digital workers, can meet every process perfectly.

WHAT IS INTELLIGENT AUTOMATION? (IA)

It takes the ‘doing’ from RPA and combines it with ‘learning’ from ML and ‘thinking’ from AI to allow the expansion of automation capabilities and possibilities.

IA takes technologies we’ll cover here such as computer vision, NLP and machine learning and applies it to RPA, allowing the automation of processes that don’t have a rules-based structure. Using IA digital workers can now handle unstructured data and provide answers based on subjective probability.

The result of this is the ability to expand the number of processes that can be automated, from the semi-structured such as an invoice being processed, to the unstructured such as email triage for an organization. But it goes further than that, supercharging the abilities of RPA through orchestration and the ability to think without requesting human instruction. Meaning Intelligent Automation gives organizations new efficiency and productivity, and ultimately a new digital workforce to rely on.

Up until the early 1990s, AI was understood as the general intelligence of machines, meaning they are self-aware and have abilities which equal, or exceed human intelligence.

Today, AI has taken on a wider meaning, often referred to as ‘applied AI’, AI used in current automation systems and in IT systems is generally used to simulate part of human intelligence in a process.

AI deployed in systems provides the ability for machines to learn, reason and self-correct. This results in a machine which can intake information within a rules-based structure, reason on these rules to meet conclusions based on probabilities and self-correct current trajectory if they believe the current action is going to be unsuccessful.

The ability to apply intelligence to parts of machine interactions gives them the ability to recognize speech, recognize faces via computer vision, or overcome process decisions without needing human intervention.